Doctoral studies were introduced at the Estonian Academy of Music and Theatre in 1996. Formerly (approx. 1960 – 1980) the best graduates of the Tallinn Conservatory usually continued their studies at post-graduate level at the Conservatories of Moscow and Leningrad. The first doctoral dissertation at EAMT was defended in 2004. In the beginning, only musicologists were accepted to the PhD programme, whereas in 2000 specific curricula were designed for performers and composers. In 2006, a new programme for the dramatic arts was added, which also has a creative emphasis.

Doctoral studies at EAMT are presently divided between academic and artistic branches (in the respective programmes of "Musicology" and "Music and Dramatic Art"). The first is based on academic music research and concludes with a defence of an extensive thesis. The admission examination of doctoral students in musicology focuses on the integration of the research subject in the research conducted at the department. Coverage of different areas of musicology (history of music, music theory, music psychology, ethnomusicology) is also strived for in admission. Doctoral students of musicology have been involved in the research subjects and grant projects of the department. Several students and their supervisors have also participated in international projects.

The popular main subjects include composition and improvisation. PhD students have participated in the workshops of the Graduate School of Culture Studies and Arts and the best students have given presentations at international conferences (either research conferences or AEC student conferences). Doctoral students can use the opportunities to study abroad through the support of DoRa Plus, ERASMUS and other programmes.

In 2014 EAMT used its own finances to launch the artistic research project (LUP1) "Composition and Improvisation in the 21st Century" and in 2016 LUP2 “Strategies of Creating Space in Contemporary Theatre”. The ultimate objective of both projects is publishing an article collection based on the research. Chair of the Doctoral Council and Head of the Centre for Doctoral Studies:
prof KRISTEL PAPPEL
Room A209
kristel.pappel@eamt.ee 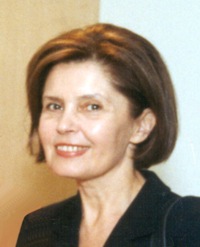 The Drama School of EAMT is the largest theatre school in Estonia, where actors, directors and dramaturgy students are trained. As Estonians are considered to be ‘theatre people’, Drama School has always had an important place in Estonian culture, and events taking place at the school are at the centre of the public’s attention. More info: www.lavakas.ee